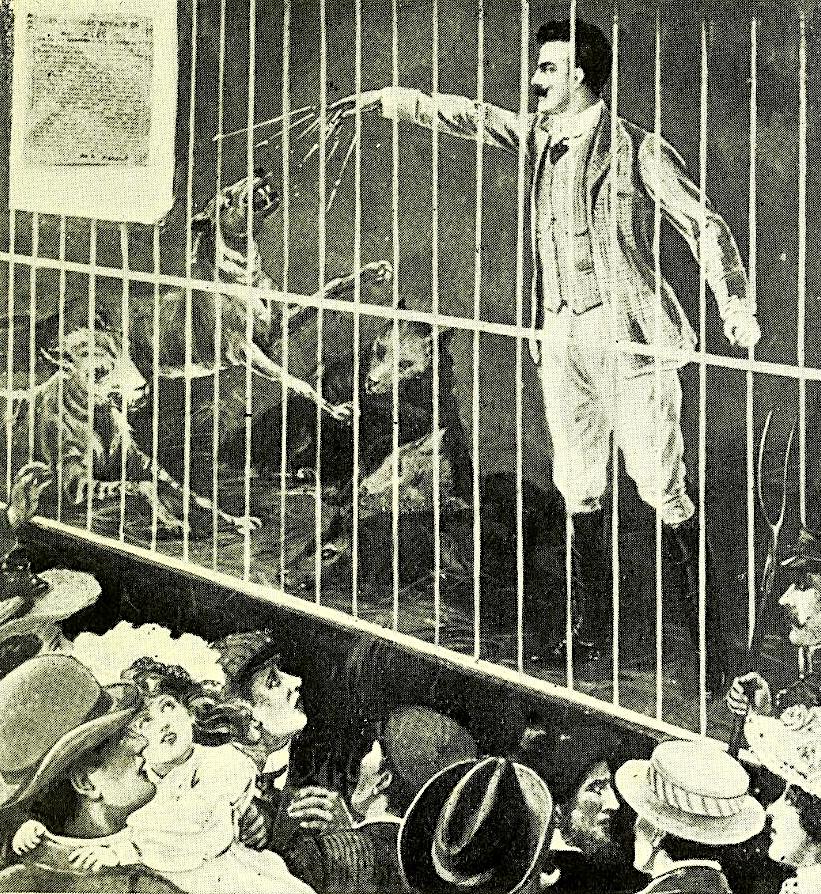 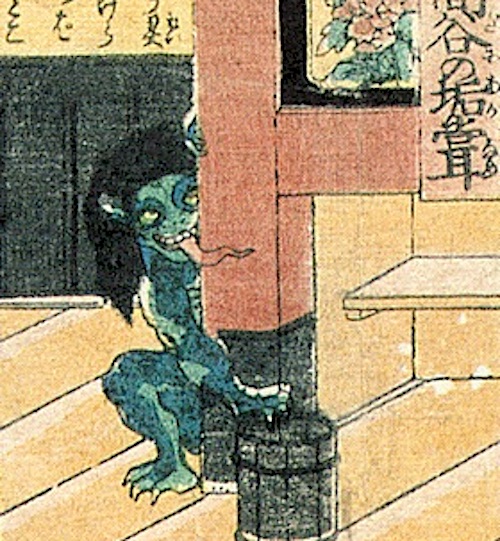 Here’s one yokai you don’t want to help with your spring cleaning: the Akaname is goblin-sized creature, with slimy black hair, from Japanese folklore whose tongue is twice as long as its height—that it uses to lick toilets. Image: Edo shokoku hyaku monogatari, 17th Century

Cynocephaly or “having the head of a dog” is a characteristic found in many mythological and folklore traditions across the world, such as ancient Egypt, India, Greece, and China. These humanoid, dog-headed beings were often described by travelers coming back from far off lands. Images: Saint Christopher by Anonymous, 17th Century | The Egyptian Book of the Dead, 1550 BCE | Kievan Psalter by Unknown, 1397 | Man with dog head by Hartmann Schedel, 1493. 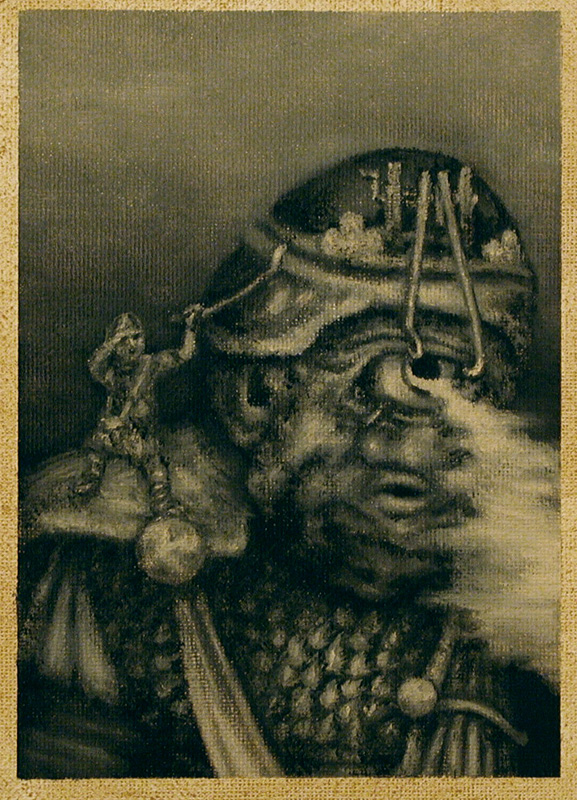 Balor was the leader of the Fomorians, a group of demonic beings from Irish Mythology. He was a giant with a poisonous eye wreaked havoc in battle. The eyelid was so heavy, that it took the strength of four warriors from his army to lift it. He was killed with a sling-stone to the eye by his grandson. Image: JFarren on Deviant Art