Henry Wellcome commissioned this watercolor from R. Cooper in 1912, depicting an unconscious man being attacked by demons with surgical instruments. The painting is meant to represent the effects of chloroform on the human body. Source: The Wellcome Collection The Dance of Death or (Danse Macabre) is an allegory used in art and literature, popular in the Late Middle Ages, that uses the personification of death to remind us that death unites us all, regardless of one’s station in life. Sources: The Dance of Death (1493) by Michael Wolgemut and “The dance of death in painting and in print” (1887) by T. Tindall Wildridge

“Cabala, speculum artis et naturae, in alchymia” by Stephan Michelspacher, 1616, is a short pamphlet about hidden secrets in 4 works of art. The book claims that only masters of alchemy will fully understand them, but gives hints to their meanings relating to: chemistry, astrology, philosophy, art, virtues, and the natural elements.

From Embassy of the Free Mind, and translated on Seculo Spiritus Sancti Barsafael is a demon, mentioned in the grimoire The Testament of Solomon, who has the power to inflict migraines. He can be imprisoned by the angel Gabriel. Art by Eve Harms (me!)⠀ Lilith is so much more than a sexually wanton demon who steals babies in the night. She was Adam’s first wife, made from the same clay, who refused to be subservient to him. She left the Garden of Eden and paired up with the angel Samael (a satan-like figure in Judaism) and mothered many demonic offspring known as Liln.⠀
⠀
In modern times, she’s hailed by some as a feminist hero, for refusing to be considered lower than Adam. She appears across many ancient texts, from the Talmud, the Dead Sea Scrolls, and the Kabbalah, and her story may even have roots in Mesopotamian mythology. So much has been written, and so much can be said about Lilith, and she’s my favorite demon. Abezethibou is a Jewish demon, distinguished by his one red wing from when he followed Beezlebub’s fall from heaven. He convinced Pharaoh to pursue the fleeing Israelite slaves, and drowned along with the army in the Red Sea after Moses un-parted it. He’s currently trapped in a pillar of water, but according to Beelzebub, he’ll return for conquest. ⠀
⠀
His story contrasts with the Christian view of the event in the Book of Exodus where Pharaoh’s and his advisor’s hearts were hardened by God, not by the demon. Art by Alese Osborn. ⠀ Caim (Caym) is a good disputer, he gives men the understanding of birds, dogs, and the noise of waters. He also gives true answers concerning things to come. When answering questions he seems to stand on burning ashes or coals. From Dictionnaire Infernal, 1863.

Dagol, The Prince of Darkness. The name Dagol doesn’t appear in any other grimoires or demonology books that I could find. His ‘Prince of Darkness’ designation leads one to believe it could be another name for Satan himself, however the demon Belial also bears that title. Though the source is quite old, it isn’t as old as it purports to be and was likely created for resale as a rare book, not as a genuine grimoire. Compendium Of Demonology and Magic, 1775. Eisheth Zenunim (Woman of Whoredom) is a demon from the Kabbalah. She’s a princess of the shadow Tree of Life who rules Sathariel, a realm that represents the concealment of god, and the face of mercy. She eats souls of the damned (pictured). Demons of this realm are horned & wear veils that cover hideous eyes. Art by Eve Harms. ⠀ Abigor (Eligor) is a duke who knows all of the secrets of war. He teaches leaders how to earn the loyalty of soldiers and can predict the outcome of duels. From Dictionnaire Infernal, 1863. 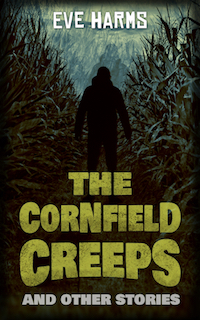