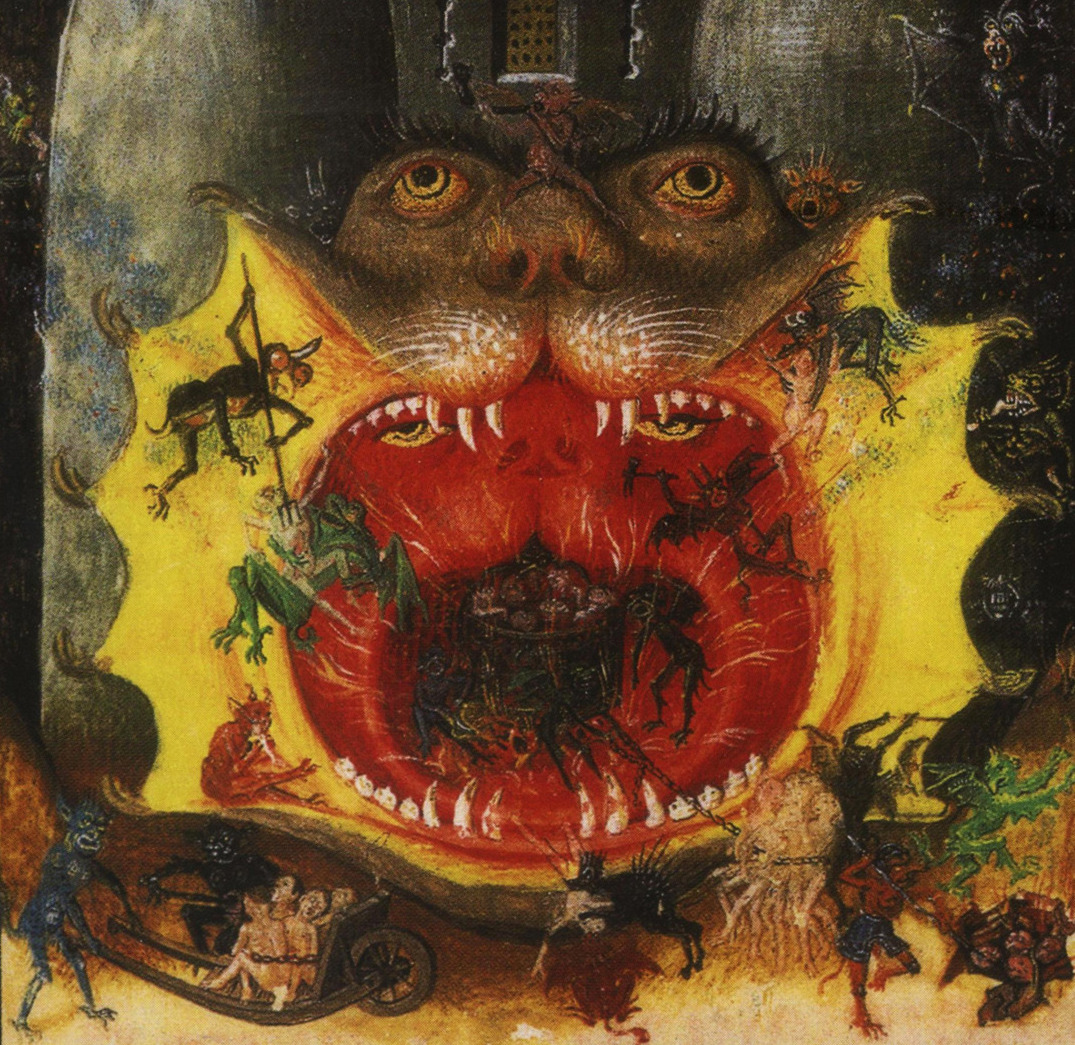 The Hellmouth is an entrance to hell that manifests as the open jaws of an infernal beast. Depictions of Hellmouths were common during the Middle Ages and Renaissance in manuscripts, and even as dramatic mechanical set pieces in theatrical productions.