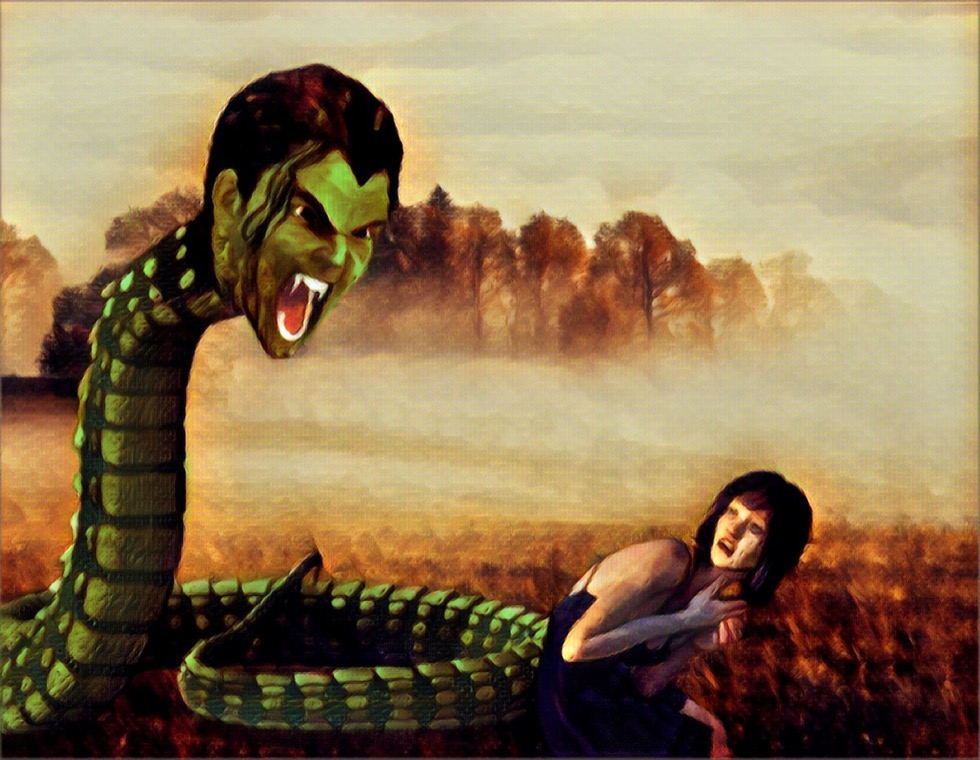 Frasmiel is a demon who appears as a giant serpent with a human head. He’s a subordinate of the prince Uriel and infernal duke who commands 650 lesser demons. He’s known for being particularly evil and dishonest, like the other dukes who serve under Uriel. 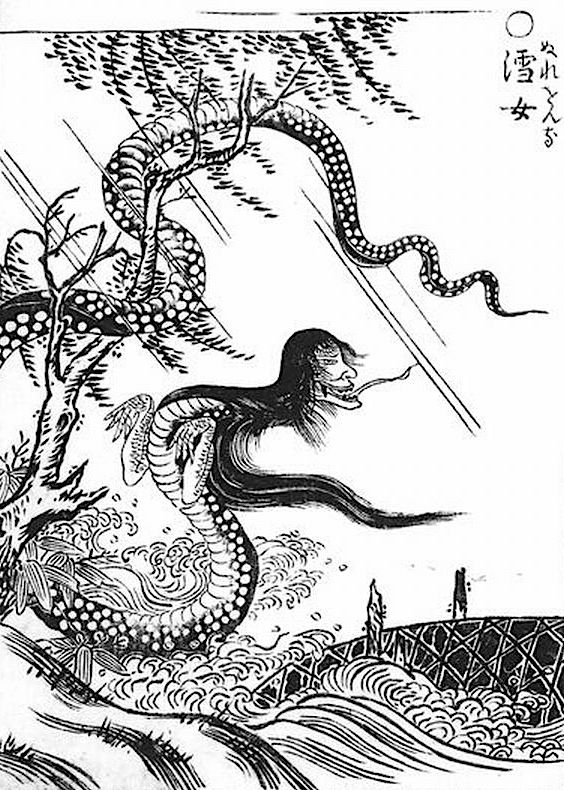 Nure-onna (“wet woman”) is a yokai found in rivers and the ocean. It helps a fellow water monster, the ushi-oni, to hunt humans. It hands the victim a baby that turns into a heavy rock, pulling them into the water where the ushi-oni devours them. Image: Toriyama Sekien, 1776 & Sawaki Suushi, 1737