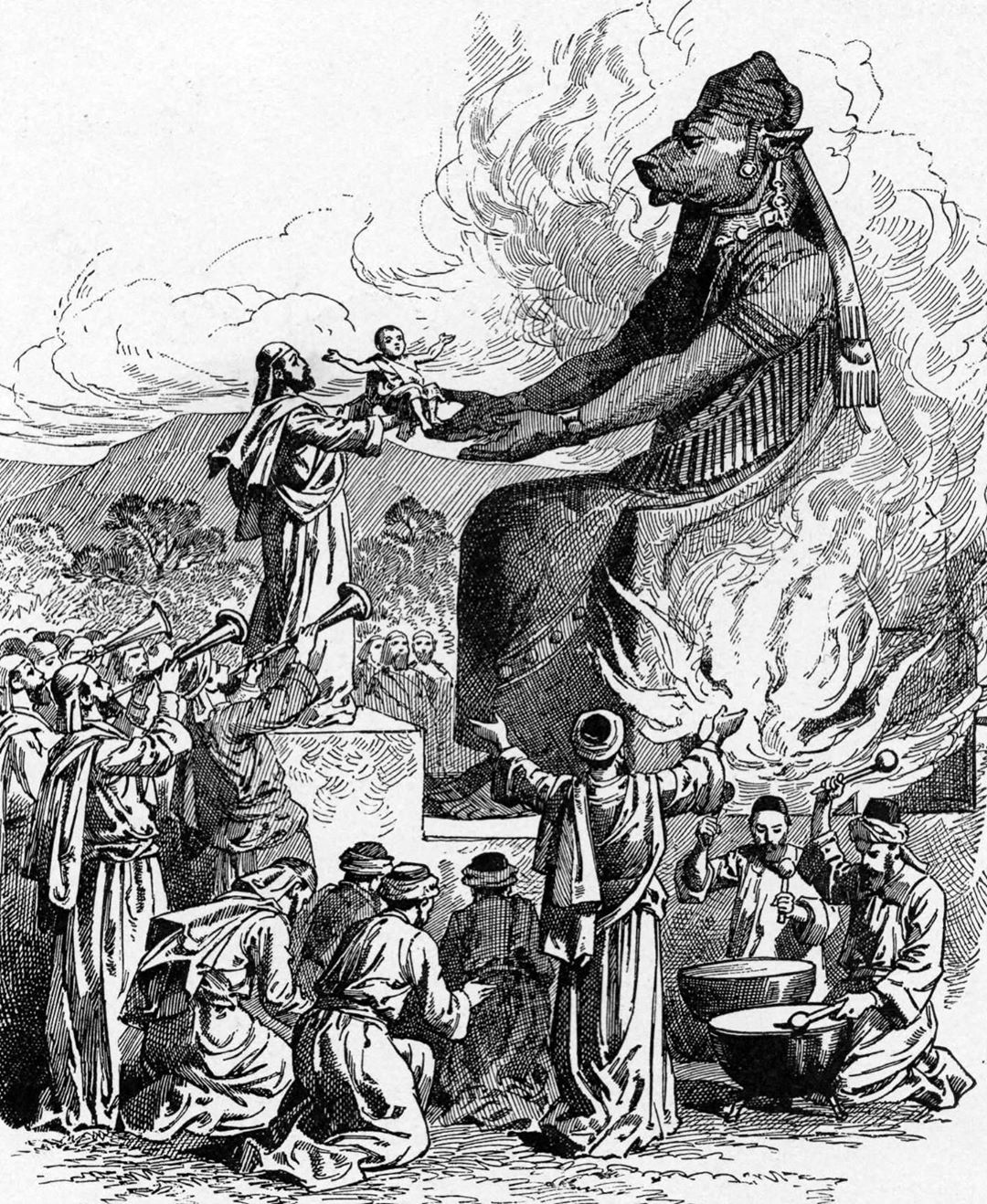 Moloch AKA “Prince of the Land of Tears” was an Ammonite sun god known for child sacrifice in his name. Likely due to this association, he was demonized in the bible and Hebrew lore. Huge bronze statues, such as the one in the second picture, have been erected in his honor and King Solomon was even said to have built a temple to him. It’s believed that he may also be the origin of the demon Ba’al.