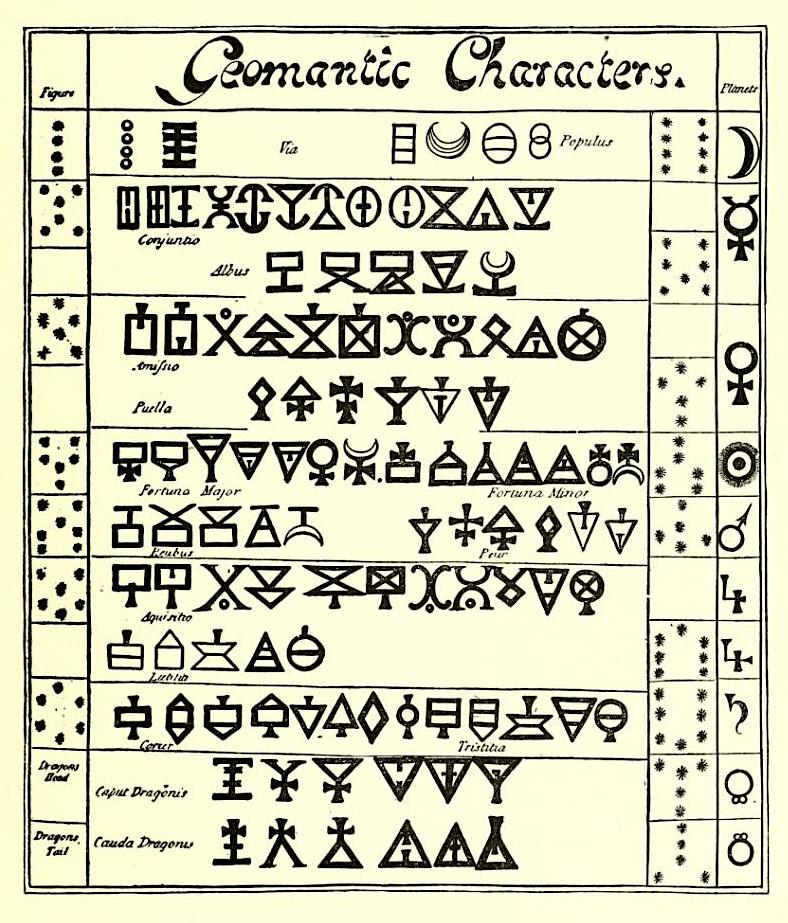 A chart of characters used in Geomancy, a divination method that uses markings on the ground or tossing handfuls of earth, sand or rocks. These characters are identified in the arrangement and charts help interpret the meaning. From The Book of the Magi, Francis Barrett, 1896. Source: Wellcome Library 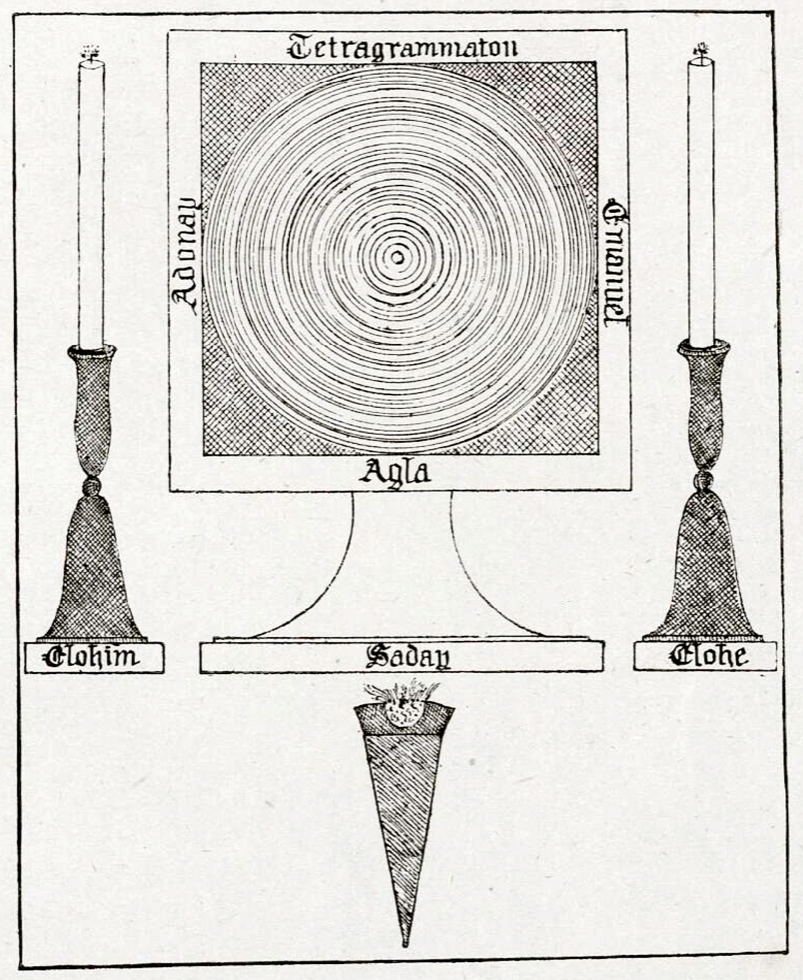 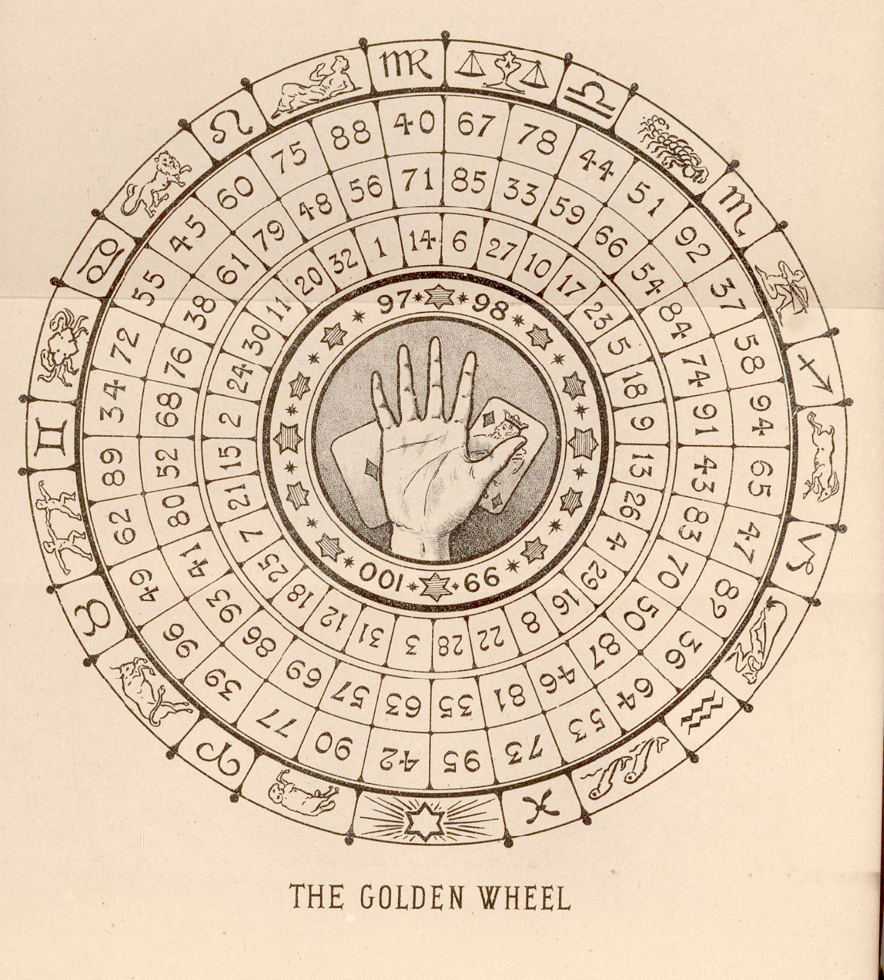 The Golden Wheel of Fortune is a divination tool, used by occultist Cagliostro. To tell your fortune, place it face down & prick the back with a needle. Read the message of the marked number. The messages are related to the typical concerns of divination: money, sex, relationships, and health.

From A Handbook of Cartomancy, Fortune-telling and Occult Divination, 1889