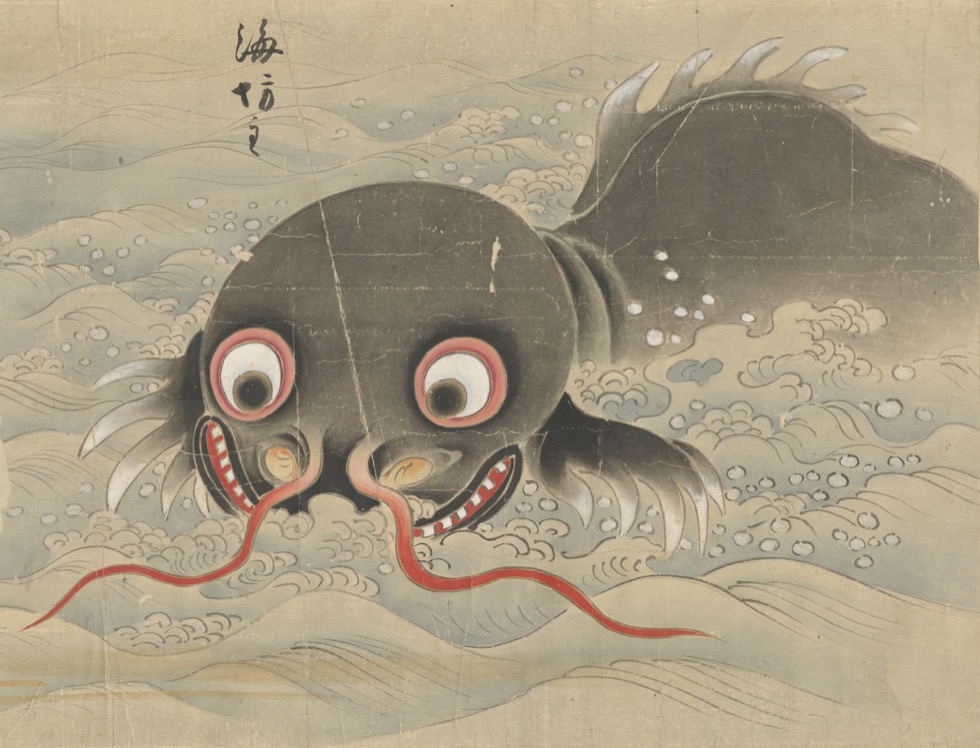 Umibozu is a sea monster yokai who creates storms and breaks ships. Often appearing at night, the yokai will sometimes request a barrel from sailors, who would give a bottomless barrel so it wouldn’t drown them. In some regions, fishers sacrificed their first catch to the gods to prevent Umibozu’s appearance. Images: Bakemono no e, 18th Century & The sailor Tokuso and the sea monster by Utagawa Kuniyoshi, 1845