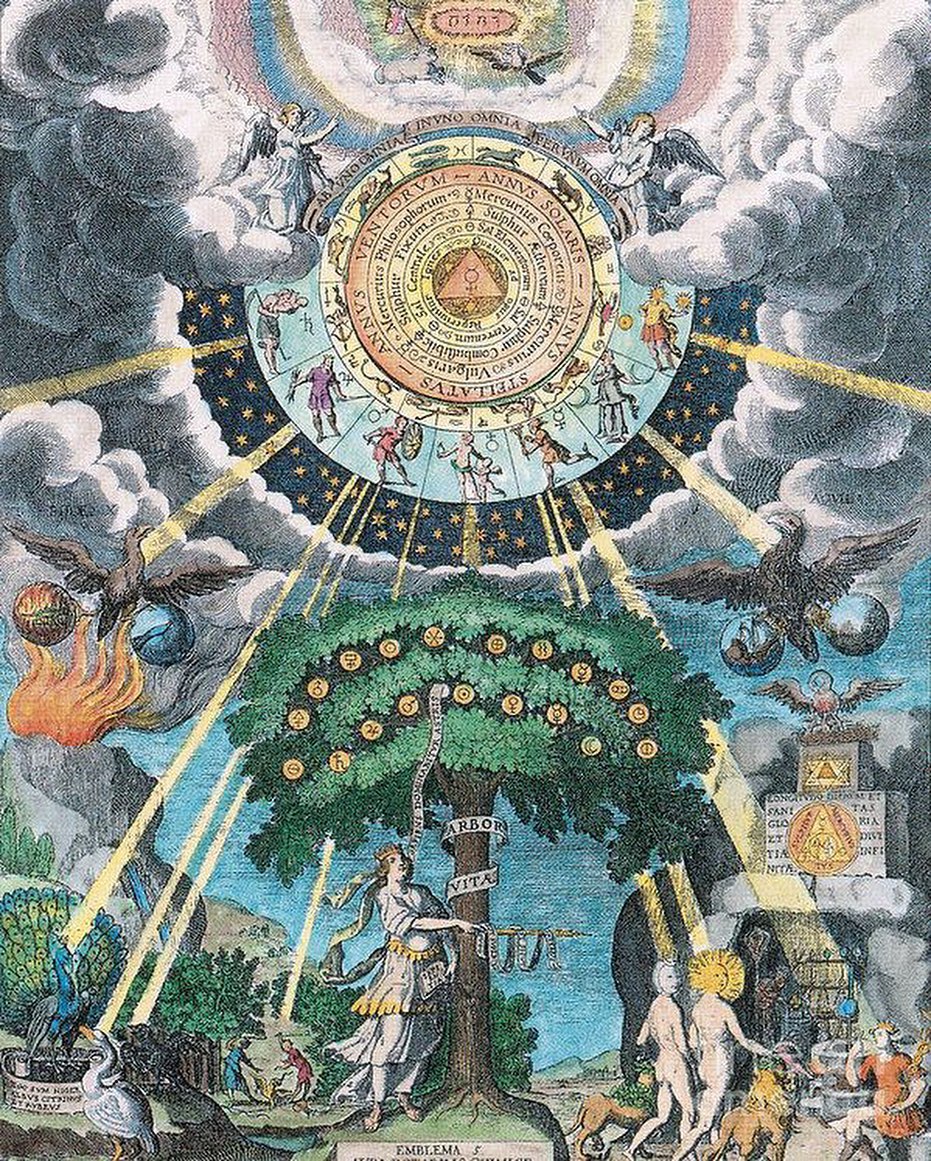 The Kybalion and Hermetic Philosophy

Hermeticism was founded by the ancient Egyptian Hermes Trismegistrus, known as the “scribe of the gods.” According to The Kybalion (1908) he was source of astrology & much knowledge that spread to occult traditions around the world. For this snack, I’ll be outlining the seven Hermetic Principles.

Hermeticism, like science, asserts that reality has laws that cannot be broken. The laws taught under Hermeticism preceded and align with modern science but go beyond it. I’ve tried to distill each principle from The Kybalion into a short paragraph.

“The All is Mind; The Universe is Mental.” ~ The Kybalion

Our universe is a Mental Creation of The All and all that we can perceive is the unknowable, undefinable Spirit, best understood as An Universal, Infinite Living Mind. Accepting this is the first step mastering its laws.

There are 3 corresponding planes of the Mental Creation: The Great Physical Plane, The Great Mental Plane & The Great Spiritual Plane & sub-planes as well. The planes are not places, but degrees of Vibration.

“Nothing rest… everything vibrates.” ~ The Kybalion

Though this principle is thousands of years old, modern science only confirmed it in regards to the material world in the past two centuries. It applies to mental states as well, which Hermeticists pay special attention to.

“Everything is Dual; everything has poles…” ~ The Kybalion

This principle asserts all opposites (E.g. “love and hate”) are two extremes of the same thing, with degrees between. Hermetic Masters can alter their mind Vibrations, shifting their mental state from one pole to another

“Everything flows, out and in… has its tides; all things rise and fall…” ~ The Kybalion

Rhythm builds on Polarity, it’s the swing between poles in all things: Universes, suns, minds, energy, systems, matter etc. Hermeticists can neutralize the effects of this swing on themselves.

VI. Cause and Effect

“…everything happens according to Law; Chance is but a name for Law not recognized…” ~ The Kybalion

Understanding the nature of this principle and learning how the higher planes affect our lower plane, can empower Hermeticists to go from pawns to players in the game of life

“…everything has its Masculine and Feminine Principles; Gender manifests on all planes.” ~ The Kybalion

The key to understanding this principle is the word “generation”. Like how Rhythm explores the swinging between poles, Gender explores how merging poles together cause creation.

The Kybalion presents itself as a primer and master key to open the doors to these Hermetic principles for further study, a baby step on the path to becoming a Hermetic master. If this snack peaked your interest, it’s well worth a read.